Below is a simplified, conceptual graph of a damped harmonic oscillator (e.g. attach a spring to a wall, attach a ball to the end of the spring, mark that position as 0, tug on the spring, and let it go, measuring the distance (y-axis) from the initial position over time (x-axis)). Maybe a better example would be a pendulum? It's ultimately the same math. In any case, notice that as time increases, the frequency of the oscillations stays the same, but the distance the thing oscillates continues to die down until eventually it is no longer moving. But it does not die down randomly! No, there are invisible guides that predictably decrease the height of the oscillations according to a simple exponential decay formula. Thus one might think of this graph as a guided sine wave: the exponential function guides it to 0, even though the exponential function is not as visible as the blue sinusoidal function. Understand? 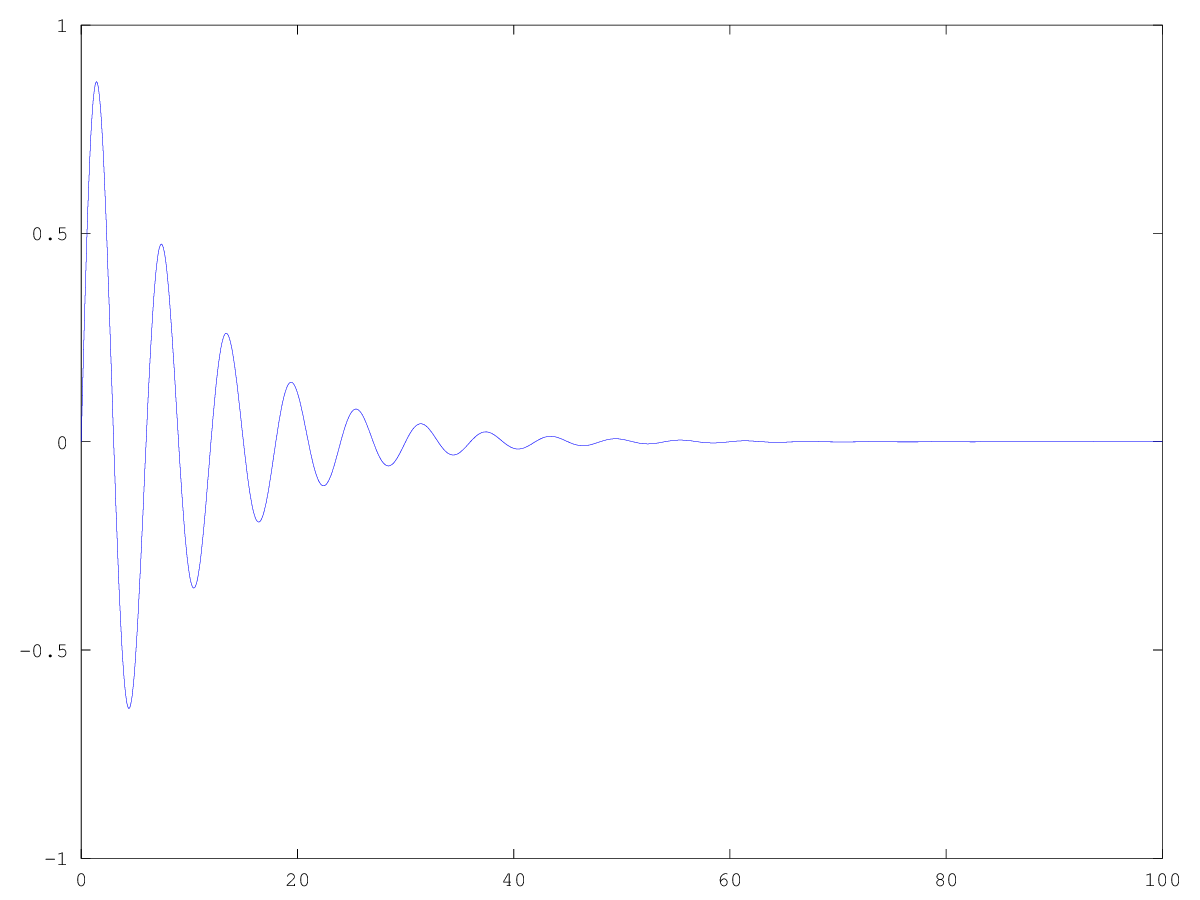 Consider the adage: "the rich are getting richer and the poor are getting poorer." Many people believe this! Many people with refrigerators, television, a long life-expectancy where they can actually retire instead of working until death, educated children... in short, many luxuries their very recent impoverished ancestors lived most or all of their lives without! If the poor truly were getting poorer, we should expect to see a systematic decline from wherever one draws the line of "poor". I invite any reader to find such a decline.

I take it as a given though that the difference between the richest individual and the poorest individual, plus the richest organized group of individuals (read: corporations and governments) and the poorest organized group of individuals, has been growing. While the poor don't seem to be getting noticeably poorer, the rich are getting richer -- partly due to the simple 'magic' of compound interest, partly due to massive economies of scale, partly due to a host of other variables not relevant to this post. Furthermore, I take it as a good thing that the difference is increasing: it's the sign of a good economy and a sign that there are high risks and high rewards out there to be made. This assumption may be the most controversial in this post, so if you don't believe me, it is elaborated on here.

So what do I think the rich-poor function looks like, at least sort of qualitatively? Here: 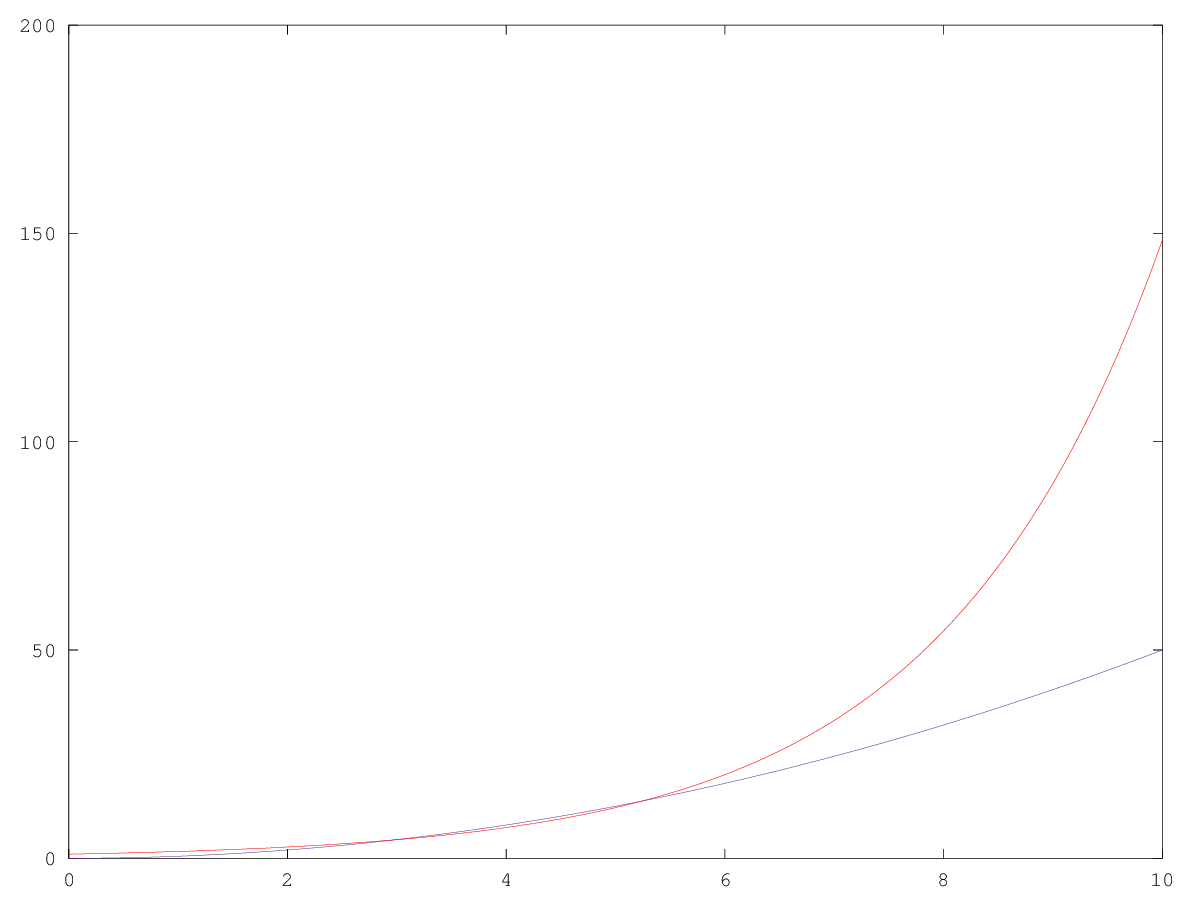 The richest individual or individual group in a society at some time is shown in red, the poorest wealth is shown in purple. We can pretend that before t=6 or so, it is a pre-capitalist culture where there isn't really a rich-poor income or wealth (or generally economic) gap; most people have about the same amount of each, and all of them are rather poor especially by today's standards. After t=6, the concept of private property is in place and other conditions are in place for a rich-poor difference to grow, and we see the rich-poor gap take shape.

From the graph, it's clear that over time (at least in a perfectly good and growing economy with no French revolutions!) the richest's wealth increases at a faster rate than the poorest's wealth, and the rich-poor gap widens. But the key point is that both are moving upwards. Furthermore, each line represents the maximum and minimum attainable by a person from their efforts. In reality the vast majority of people fall somewhere in between those two lines.

See what I've done? Now the in-between is invisible, but the guides are clearly visible. The in-between wealth for a single person over the course of their lives might rise and fall as they gain money or lose it, but it will stay within the bounds.

People tend to focus too much on what happens inside the bounds but ignore the larger trend shown by the bounds themselves. So when an interesting set of samples (such as the wealth of homeowners) suddenly goes one way or the other, people freak out. The stock market is another guided function that trends upward; people get obsessed over the ticker, but buy-and-hold is still a viable strategy. Some people lost their life savings in the crashes of 2008; many of those people have since regained them without doing anything to their portfolios. The market trend is upward.

I think if more people would notice the trends, they'd be less likely to freak out at localized, temporary changes, and they might see that gaps between two variables are actually the result of two different trends, and one can only judge the moral goodness of such a gap if one looks at both bounds. Since my observations don't see the poor getting poorer, and because of the links an income or wealth (or generally economic) gap has with a good economy and risk, I conclude that the rich-poor gap is a good thing.

Why do people fail at noticing guides and trends? Are there ways of making them more obvious? Is there something related with IQ here? (I ask that because many IQ tests have problems where a correct solution requires you to visualize something that is not explicitly there.)