That's all. Apparently I'm the first one to come up with this, so I'm being the early bird that catches the Google Crawler by making a post with it as the title.

What's a rationeliezer? It's not quite a "rationalist" in the traditional sense of the word, though many of us go by that label anyway. We seem to have won, go google "Rationality". We're definitely not "rationalizers", aka people who rationalize everything. That's such a horrible word! It's like calling lying "truthalizing". (That example is known to rationeliezers.)

No, rationeliezers are people who are interested in correct human rationality as written in great lengths by Eliezer Yudkowsky. There's cultish counter-cultishness around him, because god damn it you shouldn't be accused of being a cultist when one) you don't do any behaviors normally associated with cults (like reading exclusively from a selection of the Great Leader's library, or frequenting forums filled with only other like-minded cultists, or believing you know the One True Way, or poisoning yourself, or...) and two) when you're right, so I'm bringing back some old contrarian counter-cultish-counter-cultishness with this term and this image: 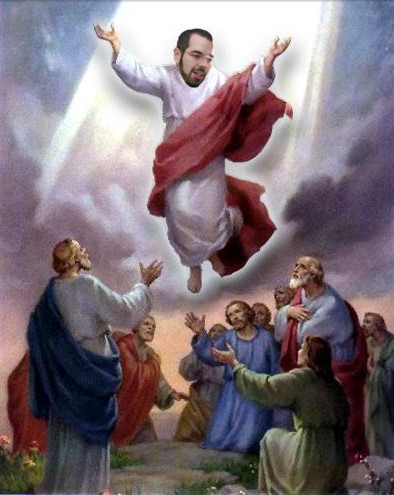 Not that it all originates with EY, he just helpfully synthesized it for the rest of us. I'm sure there are genuine original gems in there too. If you agree with over 75% of this grand synthesis spread out over the Sequences, you just might be a rationeliezer too.