For a long time my own definition (everyone's got their own...) of a senior software engineer as distinguished from a non-senior software engineer is that the senior can articulate how what they work on directly impacts business value. Many non-seniors will be perfectly happy to spend their jobs taking items off a queue someone else prioritizes, working on them, and completing them, without ever caring about anything other than the problem in front of them. And if they're really excellent problem solvers, they should definitely be promoted and paid well, but they might not fit my arbitrary definition of 'senior'. Implicit in my definition is a capacity to be independent that this hypothetical problem solver doesn't seem to have, or at least it hasn't manifested itself through desire to control what one works on more directly.

Agile methodologies try to make us all equivalent cogs. So while I don't really like practicing (and many so-called 'agile' groups at work don't either) making sure story titles follow the naming convention of "As a [persona], I want [desire] so that [business value] is achieved" I do see the inherent value of it and the direct focus on what a company exists for: creating value so that customers can be delighted.

This line of thinking made me consider another aspect of the work place which is that some employees can be Typed differently than others, even if they supposedly fill the same titles and on-paper roles. There are probably more types but the two big ones I noticed were Costs and Assets. 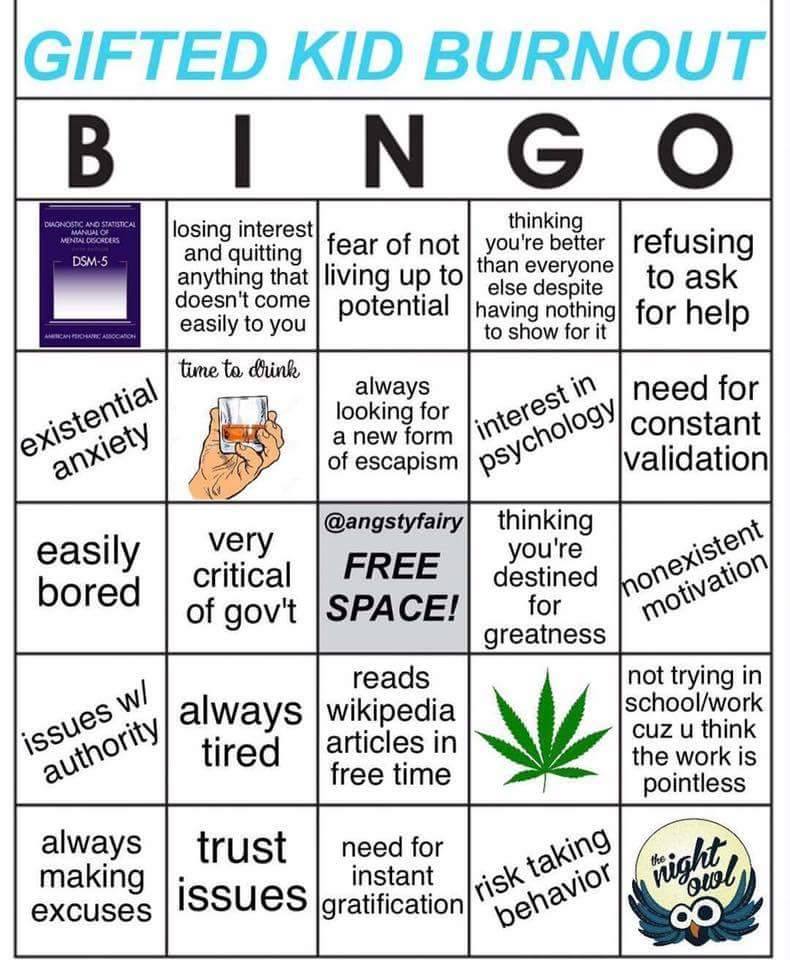 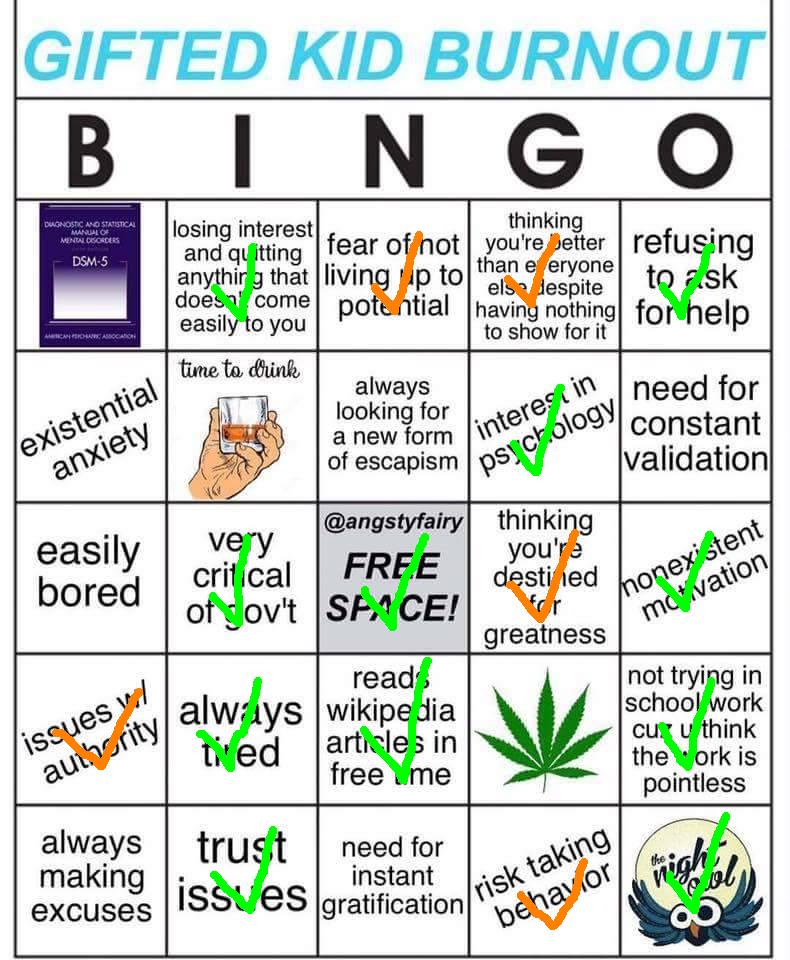 For me now, green, but orange I can make the justification for used to be like that. Maybe some remnants I can't easily see anymore. But the point is that progress has been made, and will continue to be made. Of course decline is possible. Pot is legal in my state, easy to get. Alcohol too.

One of the fundamental insights is that one isn't all that gifted or smart, even if one were unburdened by things like some of the above. ("If I wasn't so tired all of the time I could do anything!" Nope.) An aid to achieving that insight for me (besides actual burnout) was this quote, and I wasn't even the one being directly addressed:

The types of questions, and through discussions on answers, lead to various sub branches of philosophy, and when certain answers are agreed upon for the moment, then those answers can lead to math, science, and other fields of thought.

For example, questioning what is truth, and what makes something true, can lead to first order logic. From there, math can be derived by making clear definitions, declaring axioms and rules of proof, and seeing what you find. You might wonder if mathematicians are like religious followers when they say that 2+2 can only be 4. But mathematicians can ponder another solution. This ends up with them simply showing a contradiction with some other thing they believe in. So either that thing is false too (or at least not the only answer), which they can consider (and develop non-Euclidean geometry for instance) or they've shown that so far there still seems to just be one correct answer for 2+2 and many incorrect ones. Serious religious people don't tend to ponder possible answers outside their own doctrine, even if they would judge those other possible answers are incorrect.

Up until this year, I don't think I've fully appreciated the first issue of cache invalidation, or cache behavior in general. But over the last few months I keep running into issues caused by poorly thought out cache systems. Some of them my own fault, most of them other people's.

I'm at the point where I'm going to treat anyone who proposes a cache with suspicion, and make sure they can answer all of the following questions clearly. Depending on their answers, there might be no good reason to make a cache right now, or at least not to make the simplest cache with no control mechanisms. As one example, memoization is a neat trick to show off function decorators / macros, but it offers no control over the cache, so you need to know if you're just using it for a trick or for something useful! So, before making a cache of any sort, consider:

How you might see some of the dead again

The atheist position is that we won't see people who have died again. I don't disagree. But that's not the same as saying it's impossible, with or without the supernatural. There's an actual chance that's greater than epsilon. But it's still very small, I think it would be unwise to hinge any hopes on it, or to mislead (as I think Kurzweil can do) that it's almost assured given better technology.

The supernatural possibility is of course possible. Perfect souls might exist separate from the body and somehow encode all memories and thoughts separately from the brain, perfectly, so that even if the body is brain damaged and lives on another 30 years, the soul, while retaining that, is fully self-aware and has access to all memories and thoughts across all of its existence, and so is unharmed. And it may be that souls are reborn, or that they go have a party together after leaving their bodies, and remember each other (perhaps even across multiple lives if there is some rebirth before the party). Maybe that party's just the pre-party and once enough people arrive they all come back to Earth (some of them having just left!) in new bodies to have the real party. There are many ways, if you grant supernatural possibilities, for you to see the dead again, either while you're still alive or when you too die. Atheists could be wrong. But probably not. So that leaves us with the natural possibility. How might a form of resurrection work?

Irrationality is not necessarily bad

I'm slowly working through finishing The Waking Dream, which was assigned in a college class and I read maybe 70% of back then. The thing about it all that sticks with me is the idea of how differently our ancestors used to think about the world, and how remnants of that mode of thought in fact still are common today.

Rationality in the epistemic sense is about seeing the world as clear as you can, mathematically, given what you've seen of the world. This doesn't mean perfection. Rationality is about observing one white swan, then two white swans, then three, and therefore surmising that there could be more swans. And if there are more swans, you should expect the next one's color to be white, with odds of 80% (under Laplace's Rule, $$\frac{s+1}{n+2}$$) against not-white. A hundred white swans seen, you can expect the next to be white at 99%. This doesn't mean the next one won't be black!

Suppose you did make this into a bet, with two people and yourself as the intermediary. One of them only reasons rationally, the other one reasons in their own irrational way. Both have only seen 100 swans. The rationalist bets $99 that the next swan you bring out is white, the irrationalist bets $1 that it is black, not merely non-white. The rationalist should be pretty happy -- there's a 1% chance the next could be any other color besides white, thus there's even less than 1% chance that it's any specific color! Why is the irrationalist taking this poor bet? They claim because they saw a frog devour 10 flies that morning and that is a symbol that black is coming.

Finally got off my butt and used Let's Encrypt to add an HTTPS cert to this domain. Woot!

Non-HTTPS links should redirect to HTTPS ones, but this may change in the future if for some odd reason I think it should.