These last few weeks have been amusing for yet more failures to replicate (or just re-upping some other notable failures) in science. I expect some of these failures will themselves fail to replicate -- i.e. some flaw discovered -- and some future meta-analyses will try to pick up the pieces or attempt to synthesize or whatever. (Sometimes just pointing out inconsistencies is fine. There are two well-established methods to deal with overcoming traumas/phobias, but the original individual theories behind each would, if true, prohibit the other from working. There are more modern theories that can account for it, but it took people noticing.)

Some recent highlights (thanks to @hbdchick for hearing about many) include mere exposure effect not replicating, a bad history of hummingbird flap rates, vitamin D with/without calcium doesn't matter for bones, Alzheimer's research is bunk, no evidence for nudging, doubt on serotonin as a useful part of theory on depression (but some drugs still seem to work somehow sometimes anyway, so don't get too skeptical (but still skeptical and notice long term issues)).

An older highlight is around Koko the monkey. A lot of the flaws with Koko are repeated in small by so many published researchers, i.e. that there's just no data to even attempt an outside analysis or replication, here's another recent thread pointing this out.

CEO-monarchs would be best in a patchwork

I've liked the idea of neocameralism since I was first exposed to it. In short, the government runs as a classic monarchy with an absolute King, but it's really structured like a modern corporation and so the King is really a CEO-King who is formally accountable and replaceable. (By the board members, which themselves are replaceable by the shareholders.) This improves over classical succession issues where the best person can take the reigns when the CEO dies or retires, not necessarily the CEO's son. This also improves some accountability issues because if the country is dying and the CEO isn't seen as doing his best to stop it, he can be gotten rid of with a nice and clean process to let someone else have a go, much the same as within the company/country official org chart itself the CEO can replace anyone.

This has some obvious defects, though some maybe not worth too much concern about. The first is: will a CEO-King who is being replaced actually go quietly? Maybe in the distant future you can actually crypto-lock and secure all weapons of significance to make this a guaranteed peaceful transition, but even without such questionable tech, I think it'd usually go well anyway. For one, humans respect hierarchy quite a bit -- even when guns are in play, even when there are many reasons someone with a cynical disposition can question legitimacy. The historical case of Lincoln and his Generals is a good one to reflect on. Why should the President, who typically lacks any military training, be Commander-in-Chief after all? It's amazing this country has never had a successful military coup against the sitting President (I'm unaware of even an unsuccessful one). Instead, even top generals defer, and even go away, and are replaced by other generals. And Lincoln himself, had he not been shot, eventually would have deferred to let another President take office. (Though perhaps like FDR not immediately.)

Also, having a nice severance package is a common and good incentive to keep people from doing harm on their way out, or later on.

In a recent bar-talk-style chat with a friend, we got on the topic of AI risk again. Somewhere in the conversation he expressed surprise at some of my arguments, given some of my older arguments. Namely, I put forth some arguments de-emphasizing the importance of recent AI advances when it comes to full-blown AGI, and generally I expressed skepticism that full-blown AGI was "near". At least, a lot more skepticism than I've ever done before with him, it seems.

Ultimately I think I've just been more and more influenced by Robin Hanson's viewpoints, and his recent work on grabby aliens may have been another push that I've only connected now.

But stepping back a bit, I want to describe the shape of my beliefs about AGI. Before I get to probabilities I have to first talk about possibilities. So first of all, it seems obviously possible that creatures of human intelligence could one day create machine intelligence that rivals and surpasses them. It does not at all seem that it's an impossible engineering challenge in the way that a perpetual motion machine is one**, nor does it seem like humans should just happen to be close to the limits of general intelligence. If nothing else, we could at least think faster, which alone would be a large advantage even without greater generality to thought.

Learning a new language when older is like learning Dvorak

Once upon a time I learned Dvorak -- or rather, I memorized the key layout so that I could touch type (type without looking at the keyboard or a reference picture). I was initially attracted by the promises of higher-than-qwerty speeds once you mastered it. But my typing speed dropped to something like 15-20 WPM, and wasn't getting faster very quickly, I was fighting my muscle memory at every turn. Before I learned to touch type in 7th grade, I was actually pretty fast with finger-pecking (around 20-30 WPM). My normal typing speed post-7th grade has been around 85-110 WPM depending on focus and context, which is already pretty fast.

Dropping down to about 20% my normal speed turned out to be intolerable. I ditched Dvorak and didn't try to improve, and have since forgotten the layout. I've told myself, if I ever develop RSI symptoms, I'll go back to it (since supposedly it helps with that, which I can believe) but so far my hands have been healthy in that respect. Besides, for absolute speed, I'm more interested in one day trying to learn stenography. I've got a spare n-key rollover keyboard to attach the big keys to when I eventually try it.

I had the thought that this sense of intolerableness compared to what you know and are used to can be related to learning a foreign language, especially as an adult, especially trying to do it on your own. When I speak (or especially when I write) I'm used to expressing myself in certain ways, with longer sentences, more complex grammar, and varied vocabulary. Getting to anywhere near an equivalent level in a foreign language takes time. But that time has to be spent on expressing yourself in simpler ways, of being willing to look kind of stupid as you say things in weird ways (or childish ways, or in some languages in other-gender ways) or ask about meanings and for slower speech. Until you get to a point where you can pickup new vocabulary in the target language, and not have to reference an English dictionary every time, picking up vocab is also a lot more difficult than in every day life. 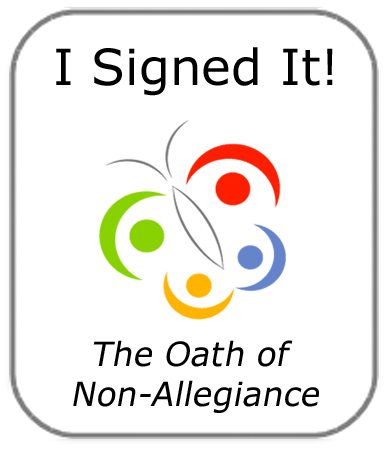