As a followup to Yay Free Traffic, I've decided to actually go through the negative posts about me on the Objectivist forum and rip them to shreds. I'm not going to be so kind as to link back to them, though, but the url is: forum.objectivismonline.net/index.php?showtopic=18153

Let's get ready to rumble! (Not that I care if any of them read this; I happen to have just finished my major finals so I have some free time and need amusement.) I'll start with Amaroq / Steve's post, in pieces:

If you've talked to me for any significant amount of time, you probably know that I have a roommate who used to be a fledgling Objectivist, who has become vehemently anti-Objectivist, and even anti-philosophy in his quest to obliterate Objectivism.

"When the only tool you have is a hammer, it is tempting to treat everything as if it were a nail."
--Abraham Maslow

The Law of the Instrument, known about for years and years and continuously recognized as a Bad Thing.

It's even an anti-pattern in software! This is why a good programmer will not just learn multiple languages, but also multiple paradigms. Knowing C++ and then switching to Java isn't much of a paradigm shift at all, let alone a language shift. Switching to a dialect of Lisp, however, would be a rewarding experience because it's vastly different. Different syntax, different paradigm, different typing. I'm on this path, but I don't think I've gone far enough. But my experiences with Python, Scheme, PHP, Java, C/C++ (which I know decently), and a little Perl, Ruby, and Assembly have all taught me very useful things. Even though my main programming language is Python, with all my web stuff being in PHP, ideas and patterns from other languages have influenced my coding in my primary ones for the better. Even if you don't use Scheme daily, just learning it will give you great insights.

So I refreshed my stats the other night after getting a stream of comments. 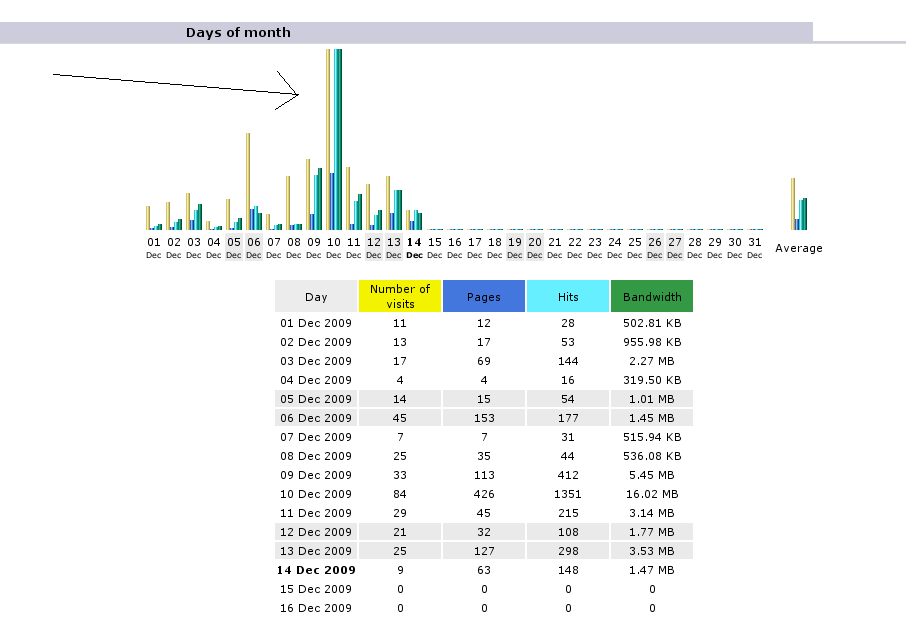 Hmm, I wonder where that surge of traffic came from?

Anyway, this post is kind of self-depreciating (which is not the same as self-deprecating, oh my Luna, programmers get it straight already!). Because in reality, I'm really not all that smart and I freely admit that.


Another one got caught today, it's all over the papers. "Teenager Arrested in Computer Crime Scandal", "Hacker Arrested after Bank Tampering"...

Damn kids. They're all alike.

But I didn't take enough yesterday and had a caffeine crash, destroying 13 hours of potentially productive work...

The short version: free will does not exist, but that doesn't mean "you" don't "choose" or that "you" shouldn't be held responsible for your "choices". Stay tuned if you're not convinced.

First of all, what is free will? No, free will is not merely the ability to choose, it's the ability to choose irregardless of other forces. When people ask Christians why God allows people to do bad things, they say "Because He gave us free will. This means that a person can see two options, realize one is good and another is bad, and still choose the bad."